I was reading my Sunday morning “New Thinking” newsletter by Gerry McGovern http://www.gerrymcgovern.com. Gerry is widely regarded as the number one worldwide authority on managing web content as a business asset. In 2006, he was described by The Irish Times as one of five visionaries who had had a major impact on the development of the Web. (The other four were Tim O’Reilly, Vint Cerf, Tim Berners-Lee, and Nicholas Negroponte.) So this is proof that at least one person from Ireland knows a little about the internet in case ye have little faith in me. As part of my own personal development, I subscribe to various internet related publications, and each Sunday morning I spend some time reviewing them to further my education and see what these experts have to say and how I can use this knowledge for my own clients here at 352.

Search is a window into how we think. The words we use in search often have a stark honesty that you would never find in a focus group. Search words tend to be bare, simple, unadorned, basic little words. Unpretentious and to the point, without spin or artifice. However, search words are not always what they seem.”

He says, “after 12 years of polling to identify Customer Care-words, they’re based on the idea that one set of words brings you to a website, but another set will bring you through it.”

His findings from the travel industry “when planning a vacation, people preferred to read about “special offers” rather than “deals”. People thought that the word “deal” was a bit suspicious, like something a shady second-hand car salesman would sell you. Special offers, on the other hand, were, well, special.”

Which is quite interesting as the choice of words you use can effect whether a person looks at your site or not. Infact when I think of the word deal I associate it with an East End London Geezer  trying to sell you some knocked off goods from the side of his white van on Sloan square (which did actually happen to me.) “Its A Deal, Its A Steal, Its Sale Of The Century” lock stock and two smoking barrels when Tom & Ed are speaking to Nick the Greek. 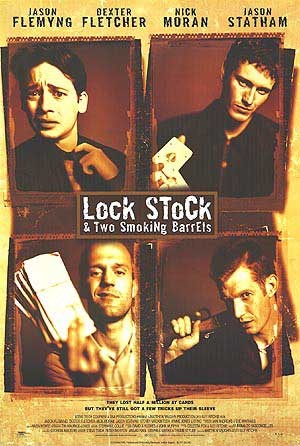 Gerry goes on to say, “There are two very important types of words on the Web. Search words are hard, while customer care-words are soft, emotional, and value-driven. Sometimes it’s like running a relay, as search words pass the baton on to care-words when the customer arrives at the website.”

Warning science bit – there was a study done by the Division of the Humanities and Social Sciences, California Institute of Technology about how “Marketing actions can modulate neural representations of experienced pleasantness”

“Despite the importance and pervasiveness of marketing, almost nothing is known about the neural mechanisms through which it affects decisions made by individuals. We propose that marketing actions, such as changes in the price of a product, can affect neural representations of experienced pleasantness. We tested this hypothesis by scanning human subjects using functional MRI while they tasted wines that, contrary to reality, they believed to be different and sold at different prices. Our results show that increasing the price of a wine increases subjective reports of flavor pleasantness as well as blood-oxygen-level-dependent activity in medial orbitofrontal cortex, an area that is widely thought to encode for experienced pleasantness during experiential tasks. The paper provides evidence for the ability of marketing actions to modulate neural correlates of experienced pleasantness and for the mechanisms through which the effect operates.”

So therefore, the next time you get a special offer and feel really good about your decision the part of your body responsible for that is between your eyes and the top of your nose. But that been said sometimes this can cause issues when the product is less than what you expected, for example; for Christmas I got a voucher for a local fish shop, I had always wanted a Powder blue tang,

But after a few days “bill was his name” got stressed and developed white spot (a fish disease) which also effected the rest of my fish whom also got very sick, Im still playing “Dr Dec” so that I don’t lose the rest of them. I made the decision, that the fish shop owner gave me a “deal” and I would not go back and ask for my money back, because I was very happy with bill for the few short days that I had him, but im weary of this business practice. When I purchase something from a business and they tell me its x amount, but to you, we’ll give it you for blah.  Seems very shady, and as much as I hate using them for fish and accessories they’re the only shop in the area.

Back off tangent – I guess for each business your search terms and care-words will be different depending on the personality of the visitors or clients that you’re looking to attract to your site. So a little research into your clients and how they think will probably help you tremendously when its comes to renewing your search engine marketing contract.

352 is an innovation and growth firm. Leading companies hire us to find billion-dollar opportunities, build killer new products and create hockey-stick growth. We bring grit and new-fashioned thinking to innovation, digital development and growth marketing.
Back to Perspectives